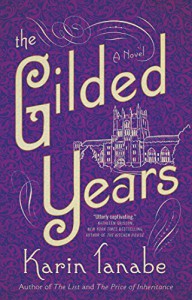 The true story in fictional form of Anita Hemmings, a black woman who graduated from Vassar in 1897, a full half century before Vassar officially allowed black women to attend. While this is mostly just an interesting story about the Gilded Age, women's education and race, it does best when race is confronted and lays bare the huge change some people suddenly see in people, just because they now know more about someone's racial background.

The book is preoccupied with describing Vassar, New York society of that era, mannerisms, and even some unrealistic frivolous romantic interludes for the majority of pages. It's a good way to show the change in behavior once the climax occurs, but it made the book less effective overall.

The high point starts with Anita's best friend and roommate (Lotty Taylor, a fictional name) finding out that Anita is black. The vitriolic hate spewed at a woman who had not changed one bit is terrifying and upsetting. Lotty feels that Anita's race is something Anita "did to her." That she's ruined the roommate's life by being black. When Anita finally tries to speak to the roommate's "modernity," Lotty spits, "Separate but Equal. Not equal and in my parlour." Where she had previously loved and doted on Anita, now:

ugly, lying colored face looks back at me."

When Anita's whole college education is at risk, she says, "I was never asked whether I was a negro, so I never addressed it. If I had been asked, I would not have lied." This is something the white world doesn't grasp often. The default is white, so if one looks more white than black, you may get asked "what are you?" in 2018, but not in the polite society of 1897. Nobody ever questioned her race. Why would they? She was in the top of her class at Vassar year after year. But when the head of the college calls her in, "She watched him looking at her, plainly searching for negroid features."

Vassar pulled the ultimate CYA by graduating Anita (as white,) demanding she not speak of it, pulling all of her post-grad opportunities, and then in the real world not admitting an openly black woman until 1944. Meanwhile, Anita's own daughter had graduated from Vassar in the 1920s, so clearly they were fine with black women who could pass as white, just not black women who looked black. Even the first three women who graduated in the 1940s are all extremely light-skinned.

Even if you never plan to read this book, Anita Hemmings is an interesting person. Her great-granddaughter, Jillian Sim, wrote an article about tracing her family called for the American Spectator: "Fading to White". Monticello family tree research indicate that this Hemmings family is related to the Elizabeth Hemings family, which is also Sally Hemings' branch. An interview with Jillian Sim includes a photo of her holding photos Anita and her brother Frederick John Hemmings (who graduated MIT -- admitted as a black student -- the same year she graduated from Vassar.)